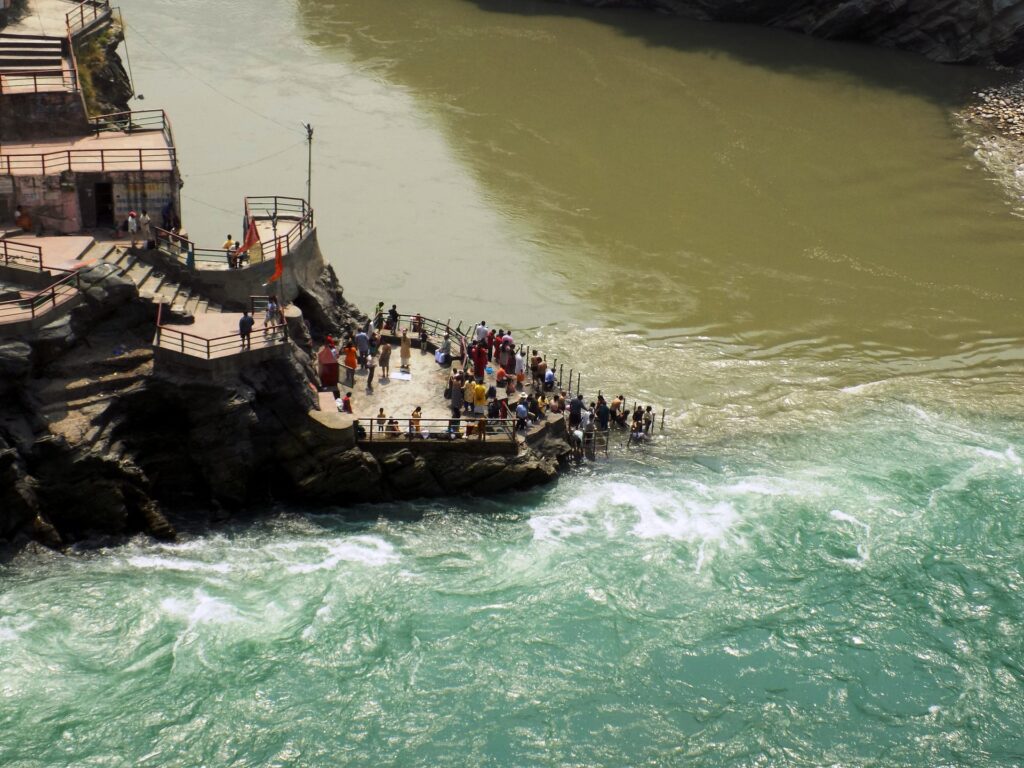 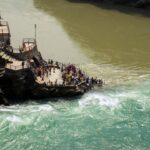 Mythological stories will have you believe that following King Bhagirathi's penance spread over centuries, Goddess Ganga transformed herself into a river to wash away the sins his forefathers. Lord Shiva then gathers Ganga into his matted locks to minimize the immense impact of her fall, and ever since the Himalayan glacier from which Ganga emerges has also been called Bhagirathi. Gangotri is the birthplace of Bhagirathi river.

Revered as the origin of Yamuna river, the pilgrim centre (among one of the 'Chhota Char Dham') nestled in the laps of Garhwal Himalayas at 3293 mts high uses its natural elements to fascinate you with its visuals and create a spiritual charm. This sacred home of sage Asti is surrounded by undulating peaks, Himalayan glaciers and thermal springs. Hindu mythologies hail Yamuna as the sister of Yama - the God of Death.

Kedarnath is one of the most sacred Hindu temple and highest among the 12 Jyotirlingas dedicated to Lord Shiva. This abode of Lord Shiva can only be reached from Gaurikund through a trek and remains closed for the six months of winters due to heavy snowfall. Kedar is another name of Lord Shiva, the protector, and the destroyer, and its believed that a journey to this sacred land opens up doorways to "Moksha" or salvation.

Perched on the Garhwal hill tracks, near Alaknanda River, the most sacred Badrinath Temple or the Badrinarayan Temple is dedicated to Lord Vishnu. Situated at the height of 10,279 feet, the temple is surrounded by lofty snow-clad Himalayas. Believed to be originally established by the saint, Adi Shankaracharya. Placed between Nar and Narayan mountain ranges, Badrinath has been mentioned in various Vedas as well.

Haridwar, considered to be among the seven holiest cities in India, is an ancient city located on the banks of River Ganga in the Garhwal region of Uttarakhand. Dotted with temples, ashrams and narrow lanes across the city, Haridwar is a famous Hindu temple town where millions of devotees come to take a dip in the holy Ganges. It's believed that taking a dip in the holy Har Ki Pauri relieves you of all your sins.

Located in the foothills of the Himalayas along the convergence of Ganga and Chandrabhaga River, Rishikesh is known for its adventure activities, ancient temples, popular cafes and as the "Yoga Capital of the World". With whitewater rafting industry growing and varied camping and cafe spots springing up, Rishikesh has grown immensely as a favourite, catering to people with different needs.

Marked by the confluence of rivers Alaknanda and Bhagirathi, Devprayag is a religious hub in Uttarakhand. It is quite popular among tourists coming for a pilgrimage or seeking solitude close to nature With ancient temples and idols amidst lush green surroundings, this place is beautiful and serene. It derives its religious significance from the vibrant rivers & natural elements that surround it.

Lying at the confluence of River Alaknanda and River Mandakini, Rudraprayag is a sacred place regarded as one of the Panch Prayags and place of great religious significance. Settled in Uttarakhand, this beautiful town is full of mysterious charm and the spiritual vibes that will calm your senses.Offering spectacular views and mesmerizing panoramic vistas, the town boasts of being blessed by Mother Nature in its full glory.

Sonprayag situated at an elevation of 1829 m is famous a site where Lord Shiva and Goddess Parvati were married. Flanked by nature's bounty and glorious snow capped peaks, it is also a place where River Mandakini meets River Basuki.It is a belief that devotees can achieve Baikunt Dham with the touch of water. Sonprayag is nearest town to holy temple of Kedarnath.

Uttarkashi, literally meaning 'Kashi of the North', is a quaint little town tucked away in the hill state of Uttarakhand. Revered by the Hindus as one of their propitious religious sites, the townhouses two of the total four holy shrines of Hindu mythology. It is one of the most visited cities of religious relevance in the area and gives you a sense of heightened divinity and an out of the world experience.

The temple town of Guptakashi is located at a distance of 47 kms from the holy town of Kedarnath. Perched at an elevation of 1319 m above the sea level, Guptakashi enjoys the mesmerising backdrop of the enchanting snow-covered peaks of Chaukhamba mountains. It houses two ancient temples namely Vishwanath Temple dedicated to Lord Shiva and Ardhnareshwar Temple.

Joshimath is a hill town perched at the height of 6150 feet in Chamoli district of Gharwal region of Uttarakhand. Joshimath serves as an important religious centre for Hindu pilgrims and lies in the proximity to one of the four 'maths' founded by Adi Guru Shri Shankaracharya in the 8th century. Overlooking the confluence of rivers Alaknanda and Dhauliganga at Vishnu Prayag, Joshimath is also the winter home of Lord Badrinath.